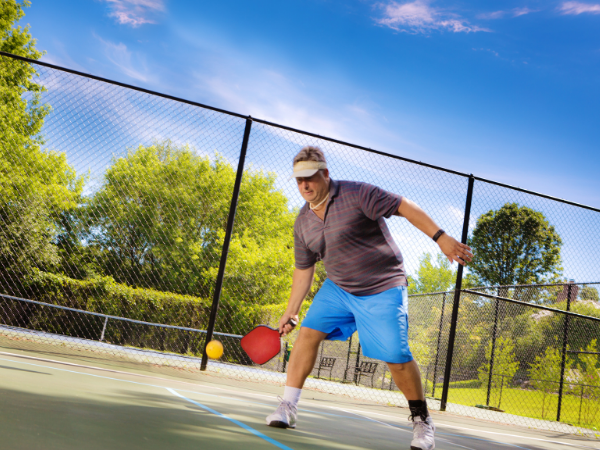 So you finally got interested in Pickleball. Fantastic! At first the game can be a little confusing to new comers, especially when it comes to serving and scoring. Hopefully, we here at Pickleball Global can make it a little easier to understand.

Stepping out on the court for the first time can be overwhelming because there are so many rules you have to memorize right off the bat in order to play. Take a look at the graphic below to see what the layout of the players should look like. 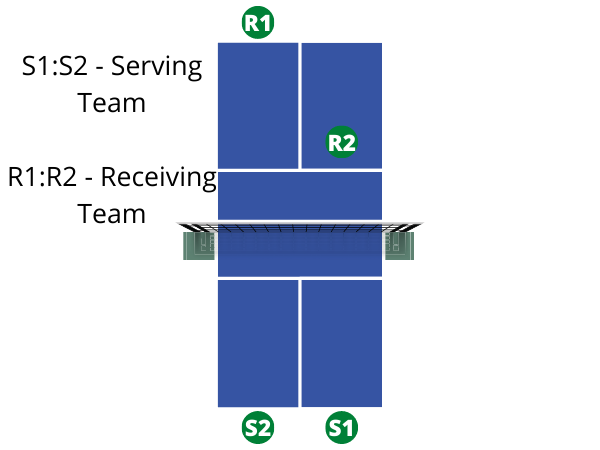 Notice that the receiving team has one person close to the No Volley Zone - aka the Kitchen - this is done so that once the ball is served and returned it is harder for the serving team to hit it short and get an easy point. This is the challenging part about being the offensive team because you only earn points when your team is serving, so providing that bit of defense at the very beginning helps balance the game.

Calling out the score is tricky at first. Take a look at the graphic below to see how you would call out the beginning of the game. 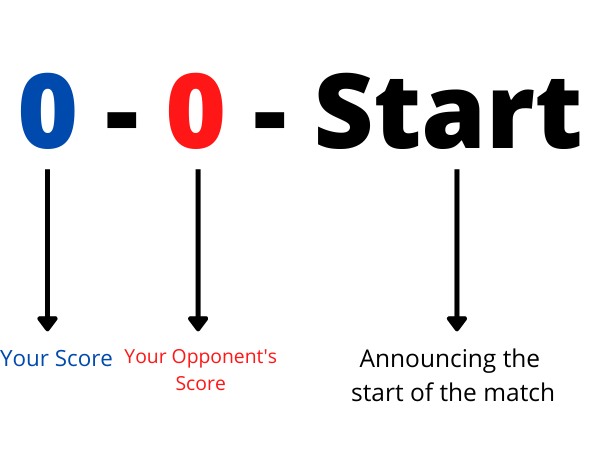 So to call this out loud would be "zero-zero-start". Zero, because the game just started and neither of you have earned any points yet, and start, because the first serving team only has one chance to earn points first. So if you serve it first and it goes out or you lose the point the serve switches to the other team.

Now that the opponent is now the serving team they will call out the score as "zero-zero-one".

Zero being the points that have been earned, and one being the first server for that team. So say they earn a point on that serve. The serving team will now switch positions so the court should look something like this. 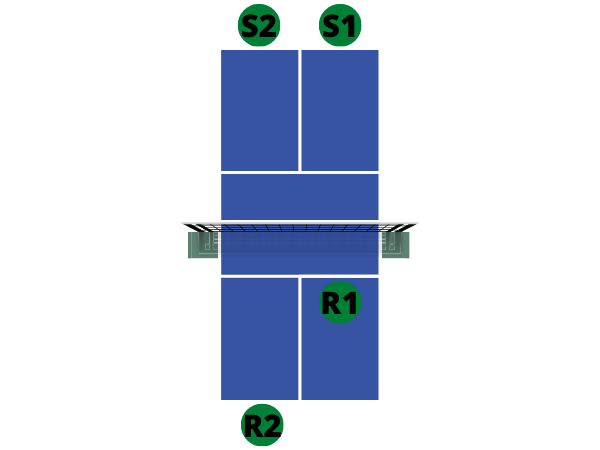 Notice how Server 1 is now serving to Receiver 2? This is to help balance the game to prevent a strong server from serving constantly to a poor receiver. Now the server will call out "one-zero-one" before serving the ball. 'One' being the point they just earned, 'zero' being the points the other team has, and 'one' being which server on that team they are.

Say S1 wins a point, and then on the next point they lose a point. So now S2 will be calling out the score and serving. They will call out "one-one-two". 'One' being the points your team has, 'one' being the points the opponent has, and 'two' being which server they are for that team.

Let's say S2 loses that point, so the serve goes back to the opponent. S1 and R1 will always be the people on the right hand side of their courts, even if they were S2 or R2 previously. Each time the ball is returned to a team the court defaults to S1 on the right, and S2 on the left.

Explaining The very Basics of Scoring

Stay up to date with our latest offers

Stay up to date with our latest offers

Having an account with us will allow you to check out faster in the future, store multiple addresses, view and track your orders in your account, and more.

You have no items in your shopping cart